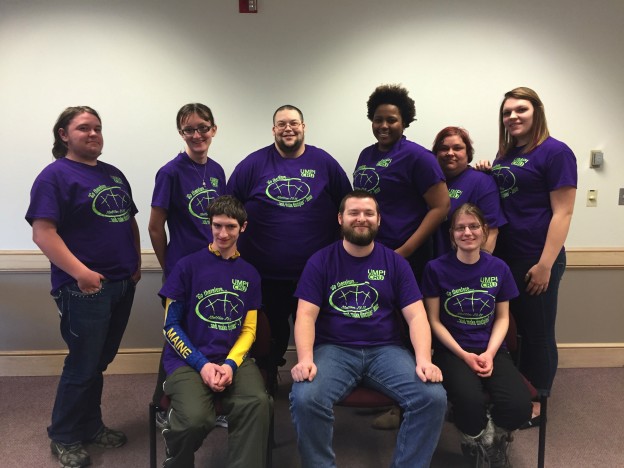 The meeting begins and ends the same way for Cru: in prayer. In between there is a devotional. This week, it was on self-esteem and where to find it.

“The world is not perfect–we are not perfect–so we cannot love each other perfectly,” Hope King, Cru member and the week’s devotional leader, said. King then elaborates on her point: not to put matters as important as self-esteem into the hands of the world. If people do, it usually ends badly. “We become prideful when we put our self-worth in each other,” she said.

The conversation flows naturally from there. Eventually it changes over to getting out of one’s own comfort zone and how the group members did so recently on a mission trip. They traveled to Philadelphia. While there, the Cru members did a host of things. They worked with a homeless shelter, an after-school program and even helped with a food bank. “It was the first time we really worked together,” Joshua Williams, Cru president, said. He then went on to explain that the current members have only really been working together for roughly six months. Most of that time was spent working toward the trip. To fundraise for the trip, Cru members did activities such as a bottle drive and a silent auction. Through this, they managed to raise enough money for their trip.

The trip was a success and members of Cru learned a lot from it. “We ended up with a lot of different people from a lot of different walks of life,” Sully Jackson, member of Cru, said. Other members noted the same thing: that they helped Christians and others with a variety of experiences.

So far, the mission trip is the only volunteer event Cru members have completed. They don’t intend on keeping it that way, however. “My interest is finding out where we can do a weekly or biweekly event in the community,” Williams said. He cited working with local nursing homes, shelters and after-school groups as ways the group would like to get out into the community.

By getting out into the community, Cru members hope to spread the word. “We want to let people know that Jesus is the only way,” Williams said. By getting out into the community, they can more effectively help people while also achieving the goal of leading them to Jesus. The inspiration for these acts is Matthew 28:14: “Therefore go and make disciples of all nations, baptizing them in the name of the Father and of the Son and of the Holy Spirit.”

As part of being Christians, inclusion is important to Cru members. They want to let everyone know that anyone is welcome to join. “It’s more important to pull people in than turn them away,” Williams said, “I want this to be a safe space for everyone.” It is important to Cru members not to forget that everyone is a sinner. They believe that no one is perfect, so it is unfair to hold nonbelievers to a higher standard. With perfection being impossible, Cru members say we all ought to just love one another.

Loving one another also is within the group. All members have found a home in Cru. They aren’t just a club. “We are a fellowship of Christ,” Joseph Ladd, Cru member, said. A fellowship is a good word for the group. They are a group of friends, who have found a place to be themselves. “Cru has given me a place to be surrounded by people who believe in what I do,” Chenoa Jackson, Cru member, said. She isn’t the only one to feel that way. After she said it, everyone in Cru echoed her. “It’s a place to be comfortable being myself,” Laurie Smyth-Doody, another member, said.

Cru is a place where people can come together and be their true selves, while also getting the chance to learn more about Jesus Christ. They can also get out into the local community and build connections with people at the same time.