It is not easy to give a brief description of the civilization of Chinese food in a short message. That is because there are more than 56 distinct population groups inside mainland China, and the large area causes different dining habits among the different districts.

First of all, we need to know that the old China was developed in a farming society and most of the dining habits and meals culture are based on this factor. Chinese are used to having their dinner together with all the family members, sitting around a table and all people will have one set of dining tools in front of them, including two bowls–one for rice and another for soup–one pair of chopsticks and one plate for meat/vegetables. They will share the food dishes that were made and put into the center of the table. Diners will only pick up the food from the dishes they want to eat. They will pick it up and place it onto the small plate in front of them.

There are two special habits. One is, Chinese diners never pick up rice from the bowl but will hold the bowl toward their lips, then poke the rice into their mouths with chopsticks. The other one is, Chinese always have soup during or after dining.

You can distinguish the style of cuisine by region. There are so many traditional and special Chinese foods, according to the folk culture, district, religion and festival. For the famous classes divided by district, there are styles of Guangdong, Beijing, Shanghai, Sichuan, Northwest and so on. Or the food can be distinguished by folk culture. There are Kajia, Yunan, Fujian, etc. These all above mentioned styles are well-known worldwide.

We can divide the farming products of the main food in China into three styles. Those are Rice in southern and eastern China, Wheat in northern China and Sweet Corn in middle, northern and western China. Because of their farming products, the people living in southern China will have rice, congee or rice noodles as their main food. In northern Chinese people will have wheat-made products such as buns, noodles and pancakes. Of course, people can have any food that they want nowadays.

Climate also affects taste. There is a big difference about the diets between northern and southern China, that is, the dishes made by northern chefs are heavier in taste than those that are comparably light in southern chefs’ recipes. Sometimes we say it is tasty as sweet and fresh southern Chinese food. In the northern and western provinces of China, such as Lingxia, Hebei, Sichuan, Shenxi and Yunnan, the diets are made hot and spicy, because of the humid, cold weather and high altitude. Chinese people believe that to perspire is a good method for preventing diseases caused by humidity and cold.

Are you more interested in Chinese food after reading this article? We welcome you to China to taste the delicious food!

There has been extremely cold weather with big snowfall this year, which has certainly caused a lot of troubles for commuting to school. Thanks a lot to school workers who always get rid of lots of snow from the roads and parking in time. They even need to work in the wee hours of the morning and evening for everyone’s convenience. END_OF_DOCUMENT_TOKEN_TO_BE_REPLACED

Not decided on a major yet? Data estimate that 30 percent of Maine’s teachers are eligible to retire in the next five years, and more than 70 physical education teaching positions will be available.

Homecoming is always a big event for the University of Maine at Presque Isle. This year UMPI held a wonderful old car show, with a nod to iconic classics, on Saturday, Sept. 29, 2018, to welcome all alumni.  It was truly a trip down memory lane. END_OF_DOCUMENT_TOKEN_TO_BE_REPLACED Good News!  UMPI bought a new school minivan. Time is too precious to waste. Time can decide the death and life of cancer patients.  Also, time is money for people in business. A few minutes will make people in business lose money, and a few minutes will make people miss an airplane. What UMPI did for time management is to provide a high performance and energy-efficient school car. The car can deliver students or staff members to any place they want to go faster, safer and more comfortably than a standard vehicle. Maybe an old vehicle carries students to the airport in 15 minutes. Now the new car only needs half that time! END_OF_DOCUMENT_TOKEN_TO_BE_REPLACED

At UMPI you can always see students who are busy shuttling between the classroom, library and gymnasium as they pursue knowledge with hope. Kristijan Gavrilovski is one of them. KG is a 22-year-old senior transfer from Central Community College in Columbus, Neb., and now in the business administration program at UMPI. END_OF_DOCUMENT_TOKEN_TO_BE_REPLACED

The Unity Rams made their goal in the 30 minute. That one goal was all it took to get the victory from the UMPI’s men’s soccer team on Homecoming weekend. END_OF_DOCUMENT_TOKEN_TO_BE_REPLACED

The 2017 UMPI men’s soccer team has a lot of young, new players.  On Sunday, Sept. 17, the team started the game with five freshmen, again. During the previous three games, the players had been becoming familiar with the college game.  They had learned and practiced. For this match, they put in a full performance, the kind that all fans want to see every game.   The men won the game against Fisher with a score of 1 to 0. END_OF_DOCUMENT_TOKEN_TO_BE_REPLACED By now many of you should know that Dr. J, Jacquelyn Lowman, is hiking now. She has started her Appalachian Trail adventure. But actually, the real plan is not just hiking the Appalachian Trail, it is to both hike the Appalachian Trail and travel/ hike around the world. She came up with this plan in her mind last year and is now preparing stuff and plotting out a route. END_OF_DOCUMENT_TOKEN_TO_BE_REPLACED 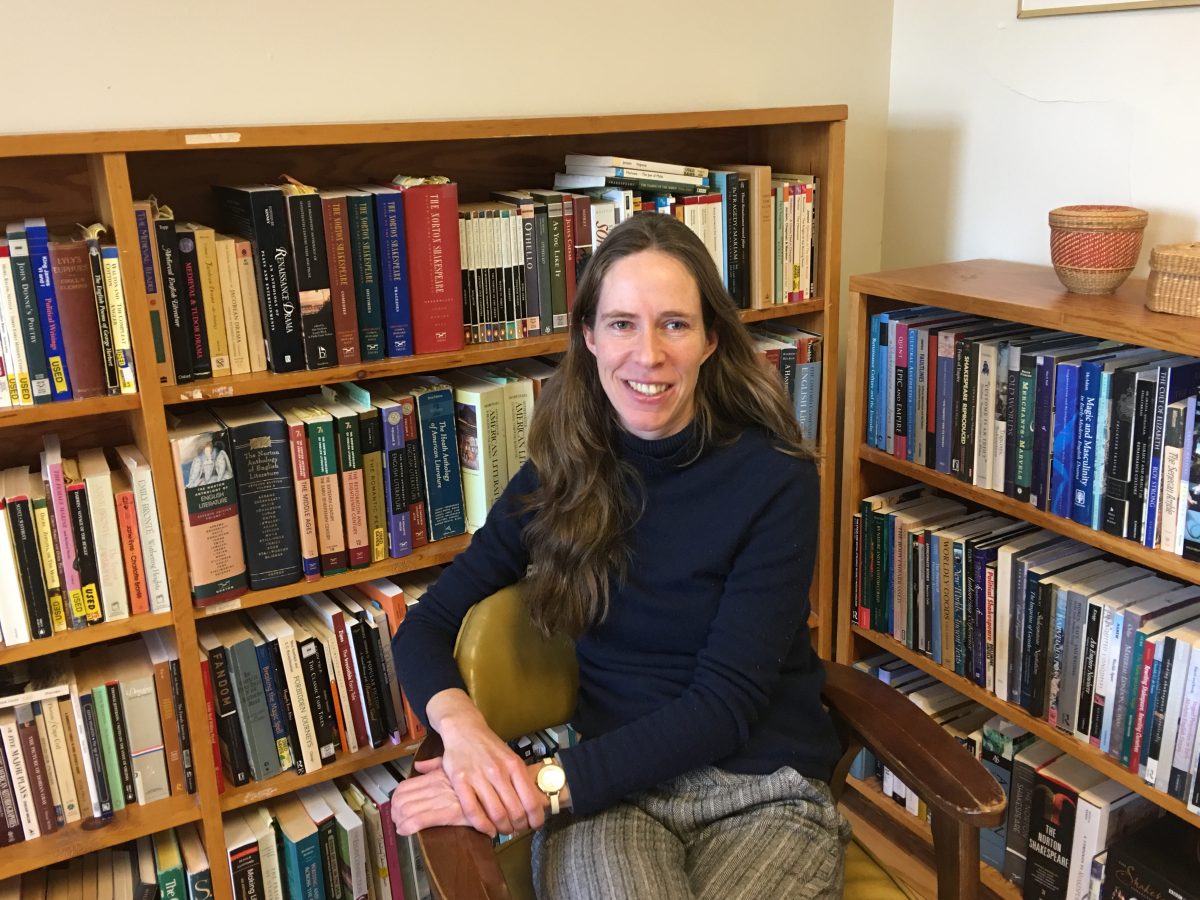 Sometimes, you have to trust in something–your gut, destiny, life, karma, whatever–to gain knowledge from teachers and then go on to impart knowledge as a teacher at the same school. END_OF_DOCUMENT_TOKEN_TO_BE_REPLACED