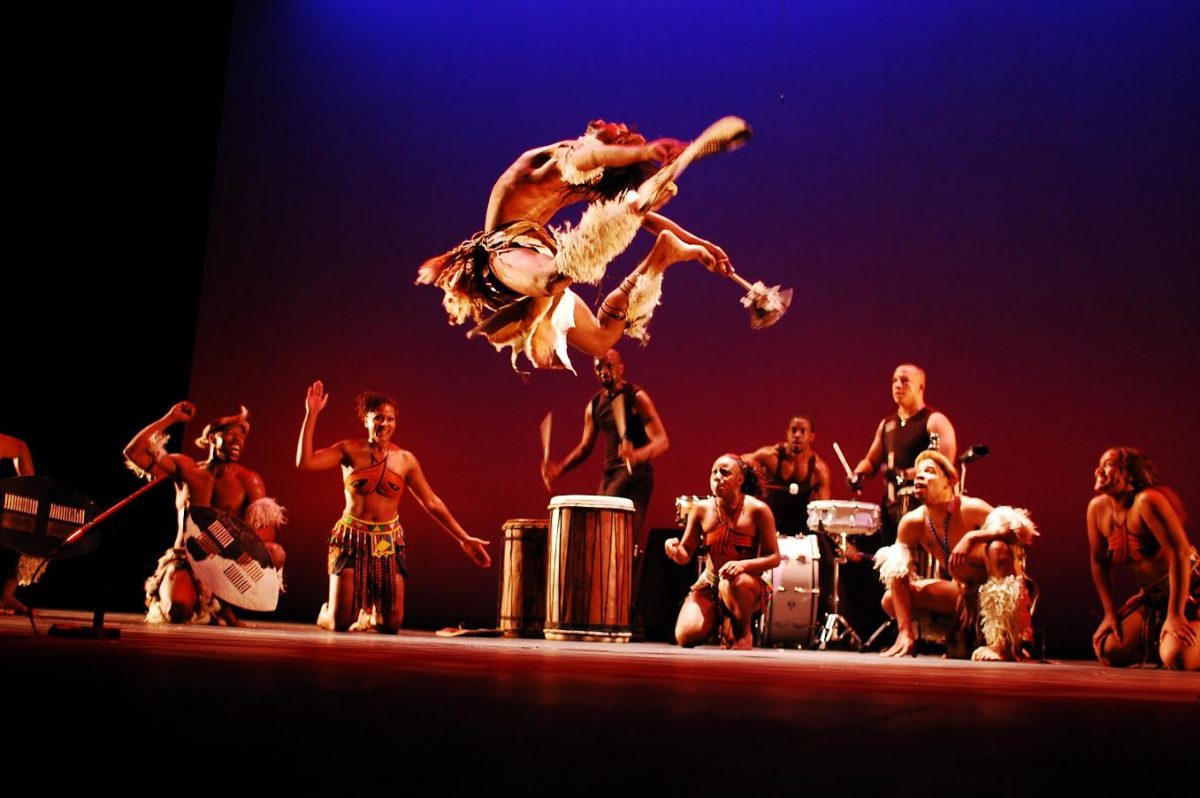 If you came to set back and relax you came to the wrong show. The high energy and fast stepping of Step Afrika took over the stage in the Wieden auditorium during homecoming weekend.

Usually an audience has to warm up to an artist on stage, but Step Afrika didn’t waste any time as they came out and started the stepping.

Formed in 1994, the group was the first professional dance company dedicated to the tradition of stepping. The dance style started on college campuses, but has been performed for over a hundred years starting in Africa.

The audience had nothing else to do but clap along to their movement and enjoy the ride. The performers of Step Afrika needed the audience to make some noise.

“The more energy there is the more we feed off of it,” Reginald Barrington, Step Afrika member, said. “We want them to clap and yell whenever they feel like it.”

Many moments felt transformative as the audience couldn’t stop clapping and fell in love with Step Afrika.

One dance in particular asked for audience participation and the students at UMPI were not one to sit back. The members of Step Afrika taught willing participants a basic combination of moves to usher the audience into the world of step. The audience began cheering as the students learned a little stepping. The movement got intense when the willing UMPI steppers were told to sit down on stage. Step Afrika did an African inspired dance honoring their participants as king and queen, which left the audience both wanting more and in shock of how the steppers now became tribal dancers.

The scanty clad dancers delivered a high-energy dance that may have been the highlight of the night as it was not stepping anymore but artistic dancing for life.

The members of Step Afrika are not just dancers but unique artists that are highly educated.

“They learned step while in college,” Barrington said. “It is an educational tool.”

Ironically many of the dancers did not study dance while school. The group is made up of various college majors, including medicine, biochemistry, marketing and graphic design.

“They are well-rounded people,” Barrington said

The show was great and inspiring. UMPI will have to think of something to outdo
Step Afrika, which left its mark for both culture and what can be brought to Presque isle.