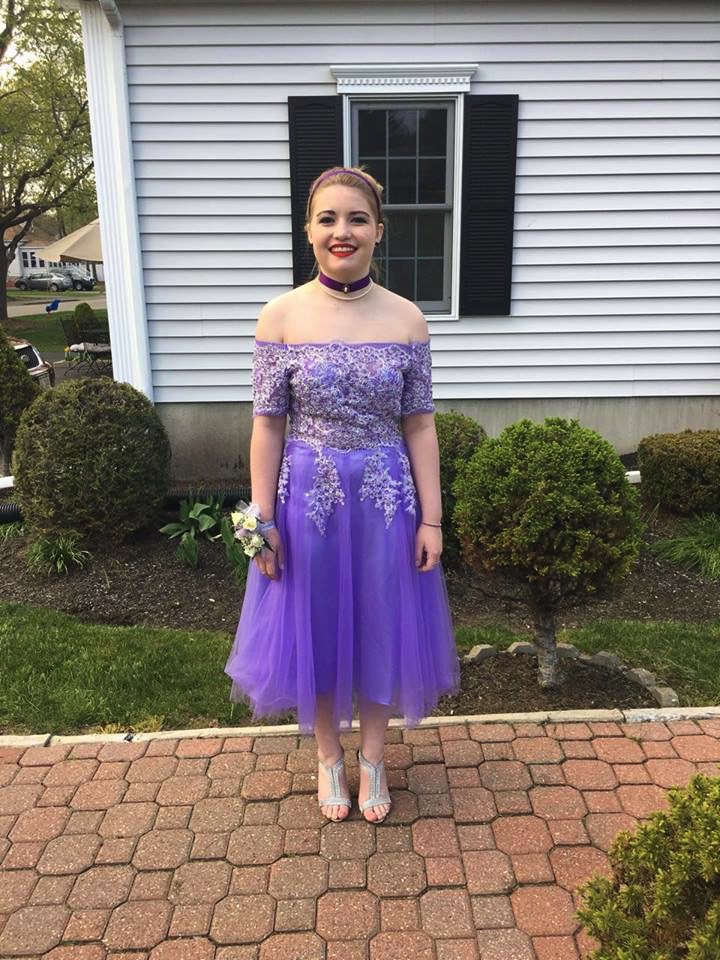 We all have an organization, movement, idea, foundation that we care strongly about. This might be cancer funding or research, Black Lives Matter, pay equality, feminism, animal testing or awareness of an illness that affects one of our loved ones or yourself.

Most of us care about some or most of these things. The struggle comes in how to get involved. What tends to stop us is fear. Fear that we may not have the time or energy to devote to the cause. But also fear of not knowing how. In this case, a young teen may have all the answers.

Karen Richards spent much of her young life in hospitals, either going to the ER, being admitted, having tests done, going into surgery or as going through various programs. As a child she had severe allergies and would go into anaphylactic shock and terrible asthma. Then after an injury, she was diagnosed with chronic regional pain syndrome (CRPS formerly known as RSD) at the age of 7. Karen’s various chronic health conditions have made her misunderstood by those in the medical profession, which was frustrating and difficult. But Karen was also misunderstood by her peers throughout her childhood.

Now at the age of 16 Karen has really started to fight back with education. She advocates for all kinds of groups. As a pre-teen Karen got involved in raising money for RSDSA, which funds research and helps those who live with RSD/CRPS. When she was diagnosed with Ehlers-Danlos Syndrome (EDS), which is a connective tissue disorder, she raised money for EDNF.

Karen then began to realize that there are so many chronic invisible illnesses and instead of focusing on one or two she wanted to make a difference for as many as possible. “Now I try to focus on advocacy for all rare/invisible illnesses because there are so many out there and so many people whose problems are ignored and not seen. They are having such a hard time and I know that from living through my conditions.”

From the outside it seemed that Karen had gone from a child who was struggling with her multiple diagnoses to a rising advocating star for those with rare invisible illnesses. But she says that her involvement “kind of just came around.” She did not have a particular moment where she decided to dedicate a good portion of her time to it. She says she started with little things that eventually grew to where she is now. “It was really a bunch of baby steps that led to a whole stairwell. I don’t think I’m at the end of that yet. I’m still kind of figuring out what it is that I’m meant to do.”

The writing she does for herself, the speeches she writes for when she speaks publicly (like on Rare Disease Day) as well as for her blog are things that keep her busy. Although there are certainly parts of Karen’s life that have become public knowledge, she is a very private person. She is also terrified of public speaking, but she feels that what she is doing is so important that she puts her fears to the side for the moment.

As someone with chronic illnesses that place her in and out of the hospital, one might wonder how a teenager would find the time, not to mention the energy, to spend so much of it advocating. Karen admits that she definitely has to choose what she is going to spend her energy on. She also admits that it’s a difficult choice at times. “I have to choose all the time. Should I study for a class or should I write an article? It’s a hard decision to make because my education is very important to me. And it’s very frustrating when I can’t do it all.”

Karen feels that the sacrifices she makes are well worth what she gains from her awareness work. Her mother, Aurora Sitpnieks gives insight from her perspective, “Karen gives up a lot of time where she could be hanging out with friends and spends time writing and reaching out for advocacy stuff. I’ve seen her also push her body for it. Knock herself out health-wise for a couple of days for doing this. A choice that I let her make.”

Aurora was happy when Karen made the decision to get more involved. She knew her daughter had always had opinions from a young age and that she was not afraid to share them. Karen has faced so many struggles throughout her young life, and Aurora was happy that Karen found something that not only helped others but helped herself as well. She also said, “I think it’s good for her because it gives her self-confidence that she can actually do something with the mess that she has to live through. I think everybody needs to have a purpose in life.”

Karen started her blog a few years ago. Originally it was just about her personal journey. She was hoping that people would come across it and be able to understand what it was like to live with chronic illness. A month into the project a close family friend emailed her asking what the “point” of the blog was.

At first Karen was really upset by this question and was going to take the blog down. But then she began to wonder what the point was exactly. She realized that she was not the only young person to live with these conditions, or chronic illness in general. What if she interviewed some or asked them to write articles to contribute to her blog? Karen knew she had a great idea on her hands and got started on her blog’s “point.”

Now, Karen focuses on both mental and physical illnesses in her blog. She writes some articles and others are written by other young adults, teens and children who live with chronic illnesses. Her new goal is “transparent nation,” which is about invisible illness and the invisible struggles that all people have. Karen mentions that “no one has an easy life” regardless of where the person’s health is. She wants to highlight any kind of struggle and bring it forward: not just for kids, but adults too.

As Karen is a teenager, much of her time is dedicated to figuring out what she wants to do in her future. Her biggest dream is to be a writer. At the moment she has just finished a children’s book that she hopes to get published. Most important, she leaves us important thoughts on how to get involved in awareness and advocacy, “There’s always something that you can do. And it’s right on your doorstep: you just have to look at it sideways. Don’t ever say that you can’t do something because that will be the reason that you can’t. Believing in yourself and your cause is the key.”

You’ve heard it from the expert herself. It seems advocacy work is much like jumping in the ocean. The best way is to dive in head first.