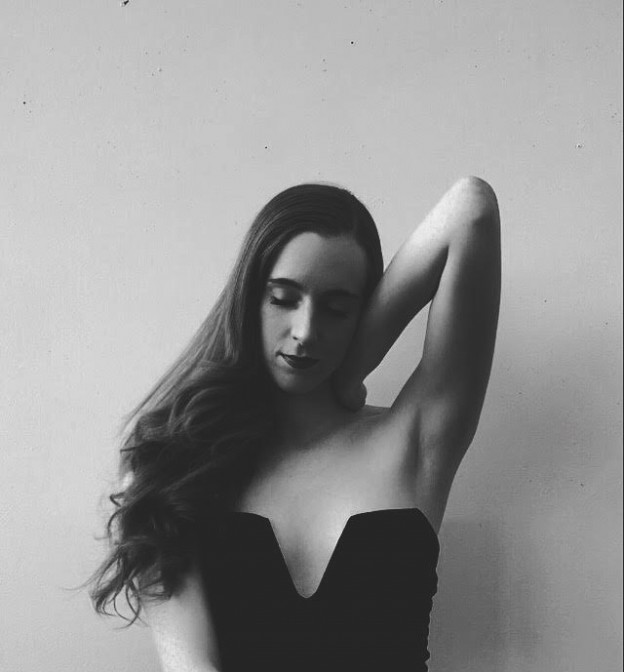 Emma Ruff’s thesis is that she wants to promote conscious consumerism. Fashion’s always been important to her and she wants to make people question where their clothes are coming from. Her first year of college she heard the Rana Plaza Garment Factory in Bangladesh collapsed, killing more than 1,130 workers because of a lack of oversight. Later that same day Ruff went to a store and saw clothes on the shelves from Bangladesh. This event inspired her thesis. If you would like to learn more about her thesis, you can visit her blog at emtheartstudent.tumblr.com.

Emma is now a senior art student at the University of Maine at Presque Isle. This 23-year-old grew up in Canada with her family of five. She currently lives with her grandmother in Presque Isle to attend the university. Always on the go and filling her free time with more projects Ruff says, “I love to make the most out of my day.” Heather Sincavage, Ruff’s work-study boss and one of her professors, uses words such as independent and self-motivated to describe her. “She’s literally the most organized person I’ve ever met,” Sincavage said. She added that Ruff is a great role model for her other students.

Ruff likes UMPI because of the low tuition cost and small student population. “Your education is what you make it,” she says. Throughout her UMPI career she’s been very involved in the art department. She loves being inspired by the flow of creativity that occurs around her and claims she practically lives in the studio.

“I work very quietly. I’m a thinker. I like to process things. I think deeply about the why and the what,” Ruff says. Being an art student has helped her develop her aesthetic, which is very simple and neutral. She’s also come to terms with who she is as an artist. No matter what she does in her education she adds her own creative twist to it. Creativity comes naturally to her. “It’s in my blood,” she says. Over time she’s matured in her practice and with where she wants to go with her work. Her art has become much more of what she wants it to be than it was in high school.

After her graduation from UMPI Ruff says, “I’d like to embark on a search for a job where I can put in a creative aspect.” She’s thinking of moving to Boston to work at the South Boston Museum of Fine Arts or volunteering with AmeriCorps for a year. Either way she seeks to move to the city. Her dreams are to travel, support the things she believes in and be financially stable.

The best advice Ruff ever received was to let herself feel, to not let emotions scare her and to never let people persuade her that emotions are bad things. The best advice she can give to others is, “Be positive. Take a positive outlook on things. Be slow to judge.” She stresses how crucial positivity is to be successful. “I’m an optimist 100 percent,” she smiles.

Ruff shines with creativity and promise and while UMPI will miss her after she graduates, she’s off to start the next chapter in her life. Her senior show will be on display from May 6-11 in the Pullen Gallery with the reception on May 6 at 6:30 p.m.